Member of Parliament for Bexhill and Battle 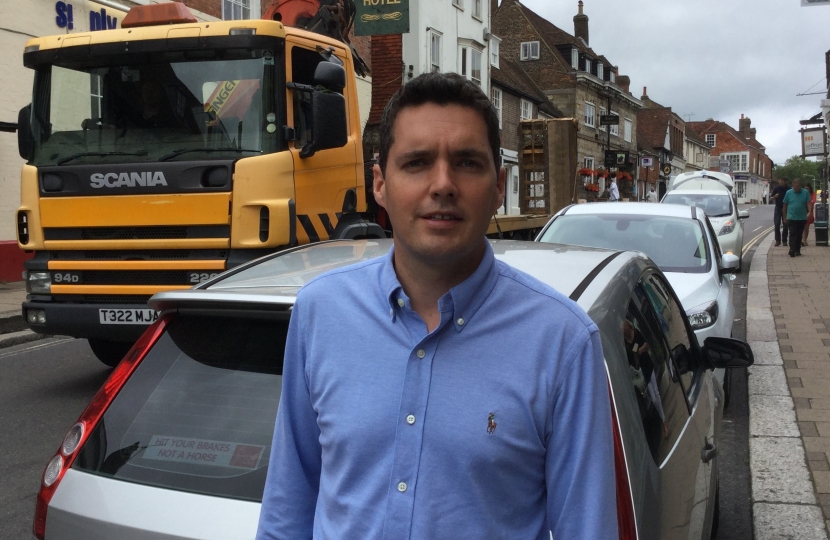 There is so much to be excited about with the direction of travel in the constituency. We have a new road due to open soon, high speed rail proposals advancing, our unemployment numbers reducing, wage rises putting us in the top ten of constituencies in the UK and a vast army of community volunteers and champions who I have spent my summer meeting and helping. Everything has a tick in the box, except one item which badly needs addressing: parking in our high streets.

In both Bexhill and Battle towns, the issue of parking has continued to cause difficulties for residents and traders alike. Parking is free for the first two hours but cars are staying all day and other cars are parking on double-yellow lines and in loading bays. The voices of dissent are getting louder. Anti-social parking is a danger and causes traffic chaos. It puts people off shopping in our towns. Accidents will happen and shops will close if we do not find a solution.

For those unclear why we have such a problem compared to our neighbouring districts and boroughs, the reason is due to parking control in our two districts being the responsibility for the police to manage and control. In all other districts in the South East, parking has been decriminalised (meaning that County Councils enforce and issue parking tickets). The Sussex Police and Crime Commissioner has announced that Sussex Police do not have the resources to issue parking fines (the proceeds of which go to the Home Office and not the police). As a result, the police are not ticketing cars. With the police budget being further reduced, I understand why it is felt that police resources are better focussed on other priorities. Sussex Police also point out that our signage and line painting is so poor that many fines issued could be challenged.

So if the police will not enforce, who will? The answer surely lies in decriminalising and allowing the County Council to collect fines. As Rother District Council currently enforce parking fines in its car parks (which are often only a few minutes from the off-street parking which is causing the problems), it seems logical to suggest that County and District share resources and any fines (which County can keep, unlike the Police) be used to cover the cost of enforcing. However, I am told that fines will not cover the costs which would need to include updating our signing and line painting. It should be remembered that both County and District are, like Sussex Police, also facing a reduction in their funding so I am sympathetic to arguments that our town halls should not have to pick up the cost.

Ultimately, my constituents pay one council tax which goes to fund the County and District Council and the Police budgets. By paying one amount, rate payers rightly expect these three bodies to work together to find a solution. I am keen to help find a remedy and have started conversations with the authority leaders and local traders, councillors and community leaders.

There is one matter I would be keen for constituents to consider. If none of these authorities has the resources to fund parking control then we should, as a community, consider if the need is so great that we, like most other Districts and Boroughs around us, introduce on-street parking charges (with perhaps the first 30 minutes free). I would like us to do everything to avoid charging. However, if the alternative is people continuing to park where they like, for however long they like, due to no enforcement, we may need to recognise that this issue will not solve or fund itself without a radical change to our existing system. I would welcome ideas from constituents on this matter. Let's have a sensible and non-emotive discussion and think of smart ways to make our high streets safe, accessible and full of shoppers.